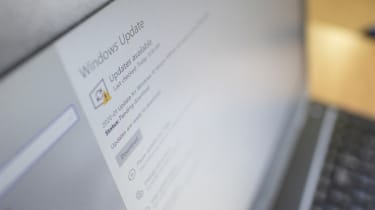 Microsoft has released a fix for the zero-day remote access exploit recently uncovered in its Defender antivirus service.

The fix arrives in the company’s monthly set of security patches, known as ‘Patch Tuesday’, which included patches for a total of 83 vulnerabilities across a wide range of products, including Windows, Azure and other Microsoft services.

The zero-day exploit is tracked as CVE-2021-1647 and is described as a remote code execution (RCE) bug that allows threat actors to embed code on vulnerable devices by tricking users into opening a loaded document on a system with Microsoft Defender installed.

Microsoft said that despite exploitation being detected in the wild, the technique was not functional in all situations, suggesting that it is still at a ‘proof-of-concept’ stage. However, the company warned that the code could evolve into more reliable attacks.

To protect against any future attacks,  Microsoft has released patches for the Microsoft Malware Protection Engine, which will be installed automatically unless blocked by system administrators.

Alongside the Defender zero-day bug, the tech giant has also released a patch for a flaw in the Windows splwow64 service. This was tracked as CVE-2021-1648 and could be used to elevate the privileges of attack codes. This hasn’t been exploited in the wild, according to Microsoft, but system admins have been advised to apply the patches to avoid any future problems.

Microsoft is not the only firm starting 2021 with patches, as Adobe has released its first major batch of security fixes. On Tuesday, the software firm released a number of security advisories for vulnerabilities in seven different products: Photoshop, Illustrator, Animate, Bridge, InCopy, Captivate and Campaign Classic.

The first of these fixes have already been applied to the Photoshop image creation software on Windows and macOS-based machines. It is tracked as CVE-2021-21006 and can be used to trigger arbitrary code execution.