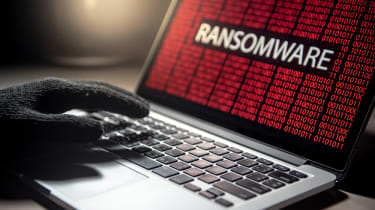 The number of ransomware attacks dropped significantly during the first quarter of 2022, according to new research published this week.

Ransomware is still one of the biggest cyber security threats businesses are facing, but the number of organisations named in ransomware attacks has fallen 25.3% compared to Q4 2021.

A total of 582 organisations were named by ransomware groups on their sites this quarter, according to Digital Shadows, which conducted the research.

The security company said the decrease in activity can be attributed, in part, to a less prominent threat of larger ransomware groups so far this year.

Conti, one of the most prolific ransomware groups of recent years, was found to have claimed 31.8% fewer victims compared to the previous quarter. The PYSA group has so far listed no new corporate victims in 2022.

The same can’t be said for the operators of LockBit 2.0, though. The group has been highly active this year, claiming the majority of ransomware victims, Digital Shadows said. 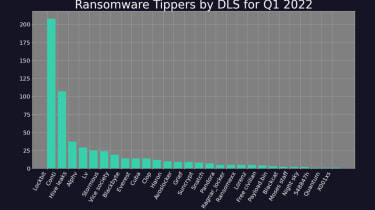 Conti is still the second-most active group of the year, according to the security company’s data, with both it and LockBit 2.0 accounting for more than half of all ransomware success so far this year.

Ransomware groups have also changed their strategy in recent months, as the national security agencies of the US, UK, and Australia have noted.

Cyber criminals are shifting away from the ‘big game hunting’ approach to ransomware after the double extortion model became popularised with attacks on larger businesses in 2020.

Ransomware groups are now shifting their focus to medium-sized companies after a string of high-profile attacks throughout 2021 led to heightened international pressure to disrupt and unearth ransomware groups like REvil, which was behind the supply chain attack on Kaseya.

Despite the first quarter of 2021 showing signs of a slower ransomware market, cyber criminals have been hard at work in other areas.

Conti’s lack of action could have been affected by a Ukrainian security researcher leaking the group’s tools and internal communications in retaliation for the group’s public support of Russia’s invasion of Ukraine.

The invasion has also spurred cyber attackers from across the world to help support the fight against Russia in cyber space. Distributed denial of service (DDoS) attacks are among the most common types of cyber attacks being launched against Russia, at the command of Ukraine’s IT Army.

Anonymous has also claimed to have successfully executed a number of attacks against Russia since the war started, including injecting footage from inside Ukraine to Russian television streams.

The LAPSUS$ hackers were among the most prominent cyber criminals of the year so far and were at first confused with a ransomware gang, but later analysis of its attacks showed the group operated on a pure extortion model.